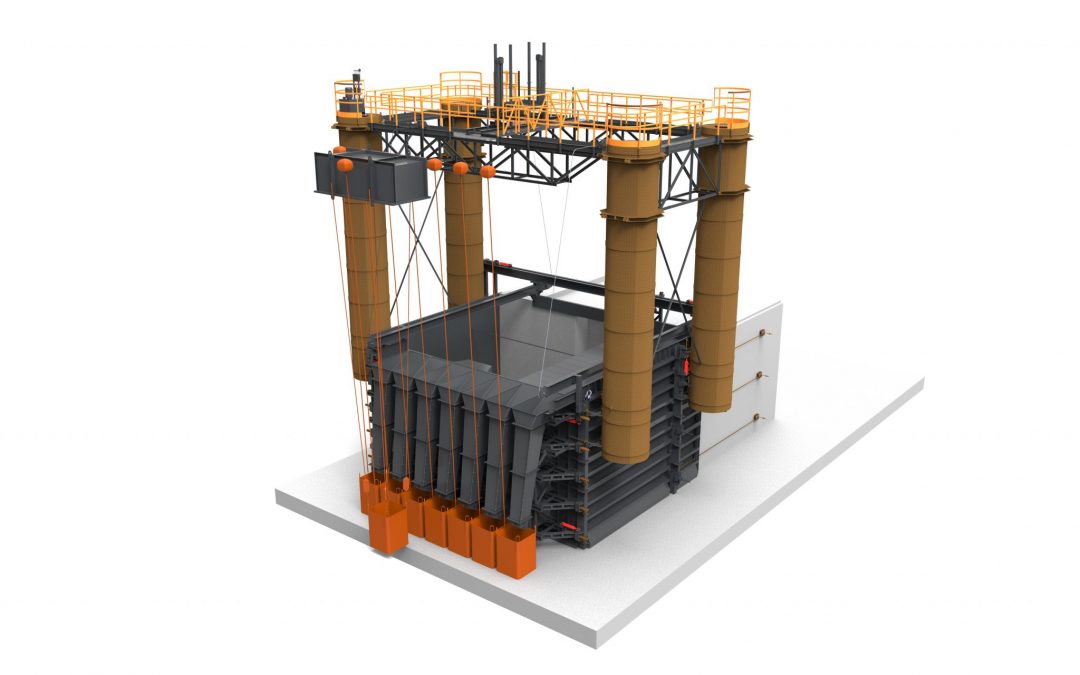 Back
When establishing formwork for the construction of underwater walls, it is imperative to bear in mind the formwork crest level, i.e. if this is fully submerged or if the crest is above water level. Based on this, the mould is supplied with a total or partial floatation system, or even no floatation at all. The formwork structure consists of two side panels which are secured together via tie bars, or louvres to prevent deformation of the form traveller, a front panel and a rear beam. The side panels incorporate rear ties to prevent longitudinal displacement, counteracting the pressure of the concrete on the cover panel.

To advance the formwork, the side panels are opened by hydraulic cylinders on the front section and rear or by a joint system between the side panels and the front cover panel,opening only the rear section of the panels to free them from the concrete and be able to advance. Once the completed section mould is separated the advance will depend on the mould’s floatation system. The complete floatation system consists of a series of floats which are filled with air to refloat the formwork and be able to move it from one concreting position to the next. These are flooded with water for positioning and securing for concreting.

Partial floatation is used for walls with the crest above water. level In this case, the front section of the mould is refloated by the floats whilst the rear section advances with the beam wheels on the previously completed work. Where there is no floatation system, the mould is advanced by means of balloons, cranes, etc.