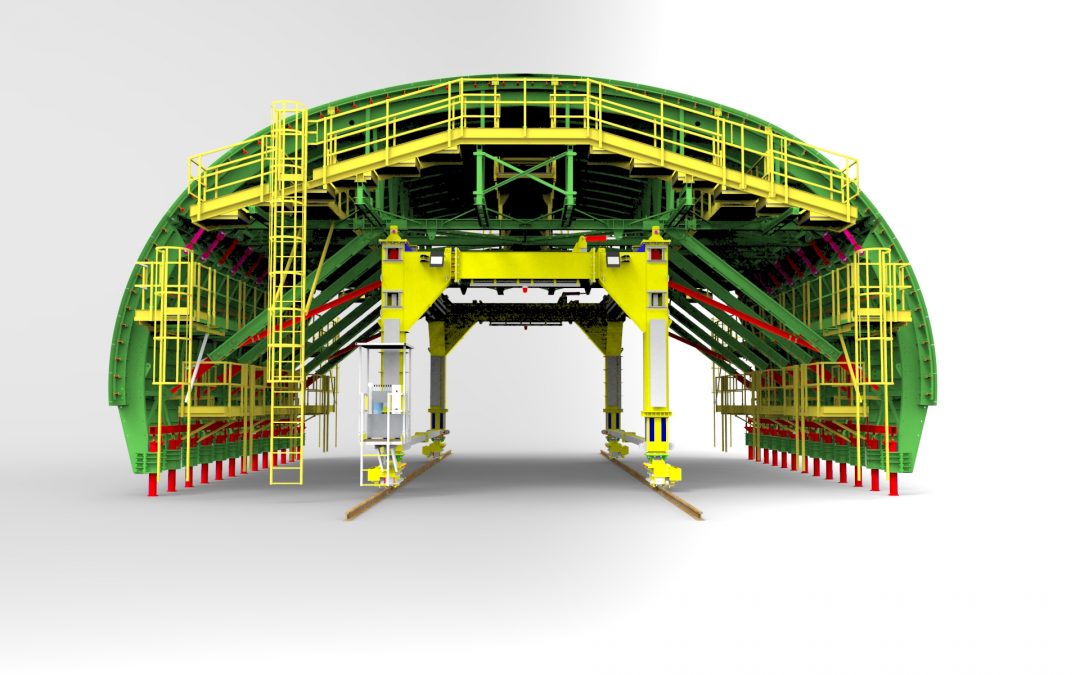 The self-reactive formwork equipment for the emptying of vaults does not need to be anchored to any element of the work, and it supports the forces during the emptying process. This is the main difference from our self-supporting formwork.

It consists of a shell or metal mold formed by modular panels that will give the shape of the tunnel vault. The shell has an internal structure and a system of robust telescopic struts that allow it to absorb stress during emptying. The shell rests on the mobile structure or carriage that, by means of a hydraulic system, allows the different movements to be carried out as well as the movement of the entire assembly along the tunnel. It moves autonomously along the slope, not needing other external means.

Carriage and shell work together but are independent, in this way several shells can be used with a single carriage and thus increase performance by reducing costs (alternate layings or bumps).

Self-reactive formwork is the solution for those who do not want a strong base beam where to anchor the formwork.