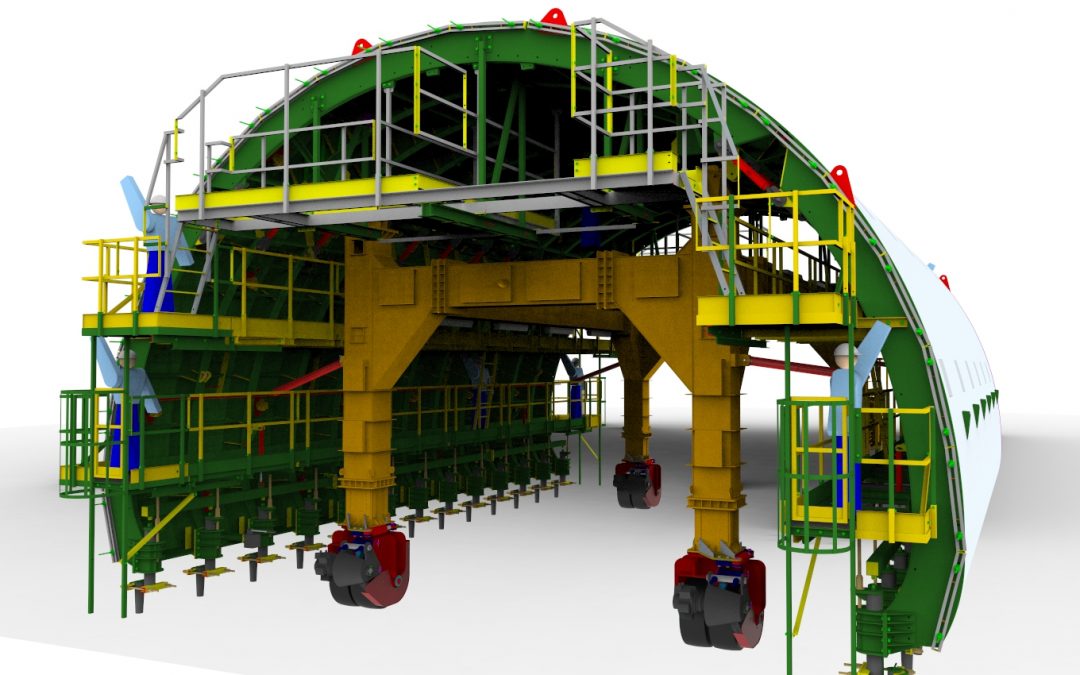 Self-supporting tunnel formwork equipment is a system for casting the tunnel vault. It is robust and reliable, and moves autonomously over the grade, attaching itself to the base beam during the casting process.

It consists of a shell or metal mold formed by modular panels that will give the final shape to the cast concrete. The shell rests on a mobile structure called a carriage that, through its own hydraulic system, allows the different movements of the shell as well as the movement of the entire set along the tunnel. Carriage and shell work together but are independent, in this way several shells can be used with a single carriage and thus increase performance by reducing costs (alternate layings or bumps).

The formwork will be fixed to the base beam during the casting process using reusable anchors and always supplied together with the equipment. It is a simple and inexpensive fastening system that provides excellent fastening and resistance during use, and that compensates for some of the most common faults of the base beam casting.

A base beam with the holes provided is required for fixing the vault formwork. Base beam form solutions are also provided for each project.